What is Azure Firewall Premium Preview ?

Azure Firewall Premium is currently in public preview. This preview version is provided without a service level agreement, and it's not recommended for production workloads. Certain features might not be supported or might have constrained capabilities. For more information, see Supplemental Terms of Use for Microsoft Azure Previews.

Azure Firewall Premium Preview is a next generation firewall with capabilities that are required for highly sensitive and regulated environments. 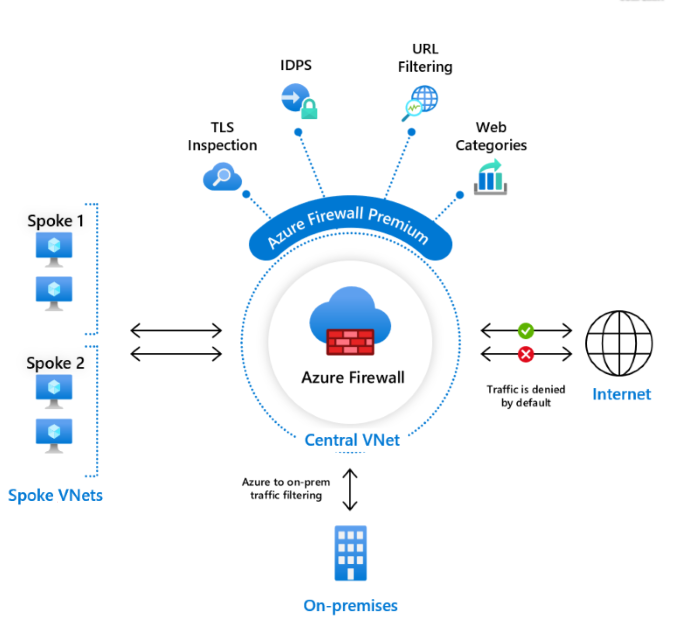 Currently the Firewall Premium SKU is not supported in Secure Hub deployments and forced tunnel configurations.

TLS 1.0 and 1.1 are being deprecated and won’t be supported. TLS 1.0 and 1.1 versions of TLS/Secure Sockets Layer (SSL) have been found to be vulnerable, and while they still currently work to allow backwards compatibility, they aren't recommended. Migrate to TLS 1.2 as soon as possible.

A network intrusion detection and prevention system (IDPS) allows you to monitor your network for malicious activity, log information about this activity, report it, and optionally attempt to block it.

Azure Firewall Premium Preview provides signature-based IDPS to allow rapid detection of attacks by looking for specific patterns, such as byte sequences in network traffic, or known malicious instruction sequences used by malware. The IDPS signatures are applicable for both application and network level traffic (Layers 4-7), they are fully managed, and continuously updated. IDPS can be applied to inbound, spoke-to-spoke (East-West), and outbound traffic.

The Azure Firewall signatures/rulesets include:

IDPS allows you to detect attacks in all ports and protocols for non-encrypted traffic. However, when HTTPS traffic needs to be inspected, Azure Firewall can use its TLS inspection capability to decrypt the traffic and better detect malicious activities.

The IDPS Bypass List allows you to not filter traffic to any of the IP addresses, ranges, and subnets specified in the bypass list.

URL Filtering can be applied both on HTTP and HTTPS traffic. When HTTPS traffic is inspected, Azure Firewall Premium Preview can use its TLS inspection capability to decrypt the traffic and extract the target URL to validate whether access is permitted. TLS inspection requires opt-in at the application rule level. Once enabled, you can use URLs for filtering with HTTPS.

For example, if Azure Firewall intercepts an HTTPS request for www.google.com/news, the following categorization is expected:

The categories are organized based on severity under Liability, High-Bandwidth, Business Use, Productivity Loss, General Surfing, and Uncategorized.

You can request a categorization change if you:

You're welcome to submit a request at https://aka.ms/azfw-webcategories-request.

Azure Firewall Premium Preview is supported in the following regions: